Phantom Limb explores the impact of loss and separation in our lives and probes why what is lost is never truly gone. The story is that of an artist/writer, John Mackie, whose poetic work “Phantom Limb” overtook his life. Six friends of his conjure up the missing John from memory and photographs, slowly revealing who he was and how his life influenced each of theirs.

Integrating text, choreography, live and recorded music, and video projection, the co-production between 2021 Performance (UK) and Theatre Gargantua (Canada) premiered as part of a month long tour of England and Wales featuring stops in Manchester, Liverpool and a week-long engagement at London’s Riverside Studios. It made its Canadian Premiere at Artword Theatre in Toronto. 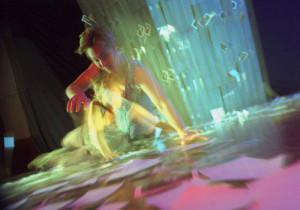 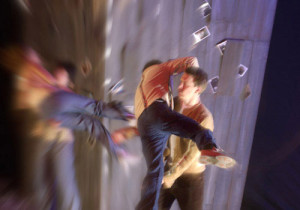 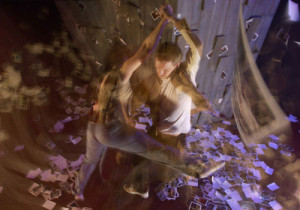 “…this is a work full of affection and also some pain, with the anguish of loss humorously offset by memories of physical pain, through a recurring motif of broken limbs.” Manchester Evening News

“…great performances from the ensemble and a chance to see something oddly moving that is not available anywhere else.” The British Theatre Guide