SEIZER is a provocative theatre project designed to address current trends in popular media, and specifically the insatiable demand for reality-based entertainment.

It is like a bomb going off. An explosion of visceral energy and uncompromising political writing; a spike of loathing and contempt banged hard into the complacent heart of the Fringe. The Scotsman, August 1997

Paralleling the historical figure Caesar and the blood sports presented to ancient Roman audiences, charismatic and sadistic Seizer puts three gladiator/performers through their paces. Using the stuff of their intimate lives as his sport, and twisting the knife by dredging up old wounds, Seizer goads the audience to join in the game. With all the infamy and power of today’s leaders from talk show hosts to political figures, and the contemporary audience’s desire for real life drama, this is Old World Charm meets New World Order, as Seizer reinvents the Coliseum extravaganza for the modem age.

Reality was never so sexy, never so brutal, never such fun.

an experience that sates a generation’s demand for visceral angry and intelligent theatre. The Guardian, August 1997 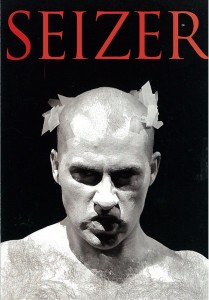 at its best, this is one of the more successful site-specific works I’ve seen. Now Magazine, 7 November 2002

Review in The Independent, 1997

Preview in The Scotsman 1997

Preview in Scotland on Sunday, 1997

Interview in The Herald 1997 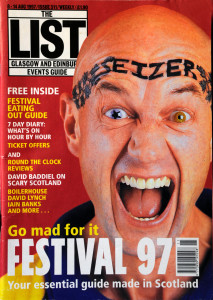 Boilerhouse’s edgy, electric Seizer, which conjures a noisy post-apocalyptic dystopia in which to savage Oprah culture. The Guardian, November 1997